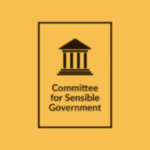 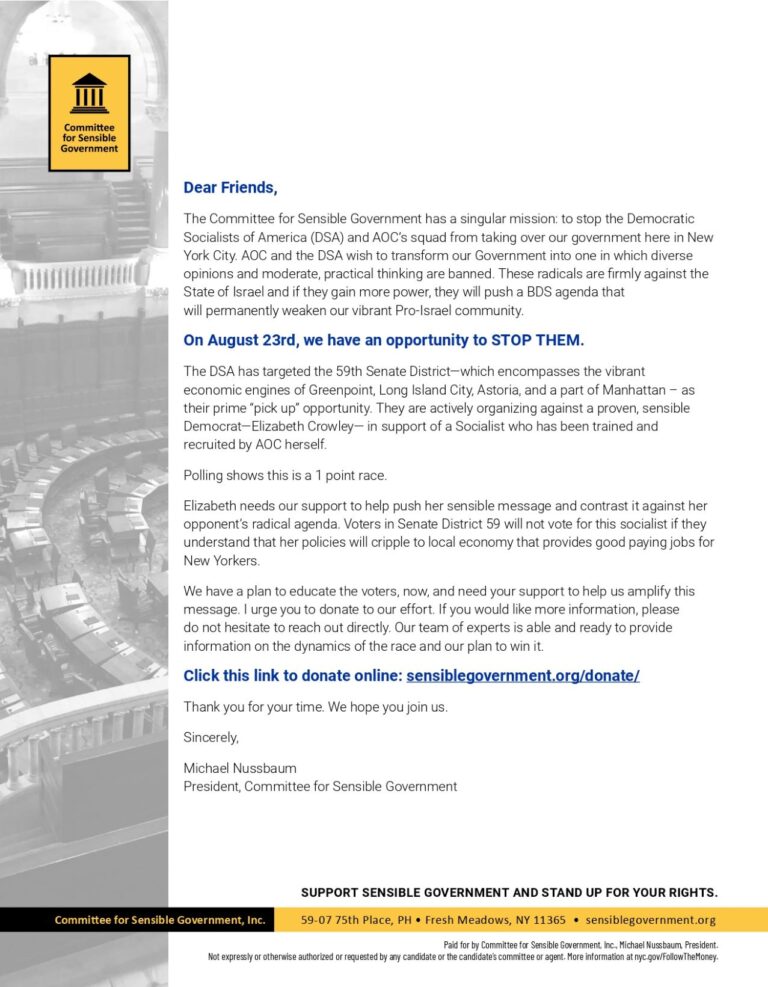 The politicians who would dismantle and eradicate our police force? Or those who want to keep our streets safe?
‍
The socialists trying to destroy Israel, the holy land for so many New Yorkers? Or the true democrats who want to preserve our strongest ally?
‍
The “progressives,” who have only held back progress with their divisive and radical politics?

Or the moderates who keep our city moving forward by listening to ideas from all sides?
‍
New Yorkers know the answer, and the solution. We need sensible people in our government, who will support New York’s finest and defend Israel. NYC is the base of operations for the DSA to choose which politicians they want in power. AOC and the rest hand-pick a candidate to push regressive socialist ideas, and the next cycle they’re in office. It’s time to put power back in the hands of people with reason and dignity. It’s time to put the people who know New York City best back in office.

We believe in common sense, the middle ground, Sensible Government. We educate the voters and appose those candidates who endanger our neighborhoods and threaten our democratic values, and will continue to do so with the support of our community.

Let's remove AOC and the DSA from taking over NYC's Government

New York City and throughout our Nation is under attack by people who wish to impose their radical beliefs upon our daily lives. The Democratic Socialists of America want to  limit our ability to speak out.  We will support candidates who have our sensible ideas of governing. The leaders of the DSA want to keep our mouths shut and re-arrange the political landscape. These radical leaders wish to diminish our ability to speak out for moderation. These same radicals are against the State of Israel and support the BDS movement and wish to see the State of Israel wiped off the map.
‍
This committee has an obligation to educate and make the voter aware of the dangerous ideas that will destroy our democracy and prevent moderate voices to be heard.

We will educate the voters and oppose those candidates who endanger our neighborhoods and threaten our democratic values, and you can help us make a difference.

Please do your part so that we can continue to do ours.

I'm ready to do my part

If the Democratic Socialists of America Have Their Way They'll 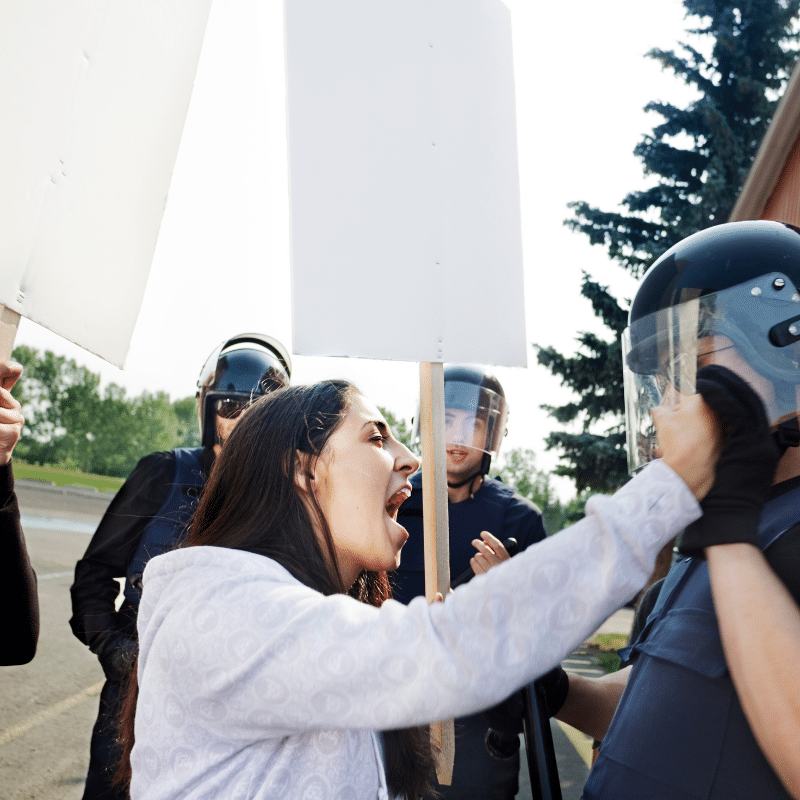 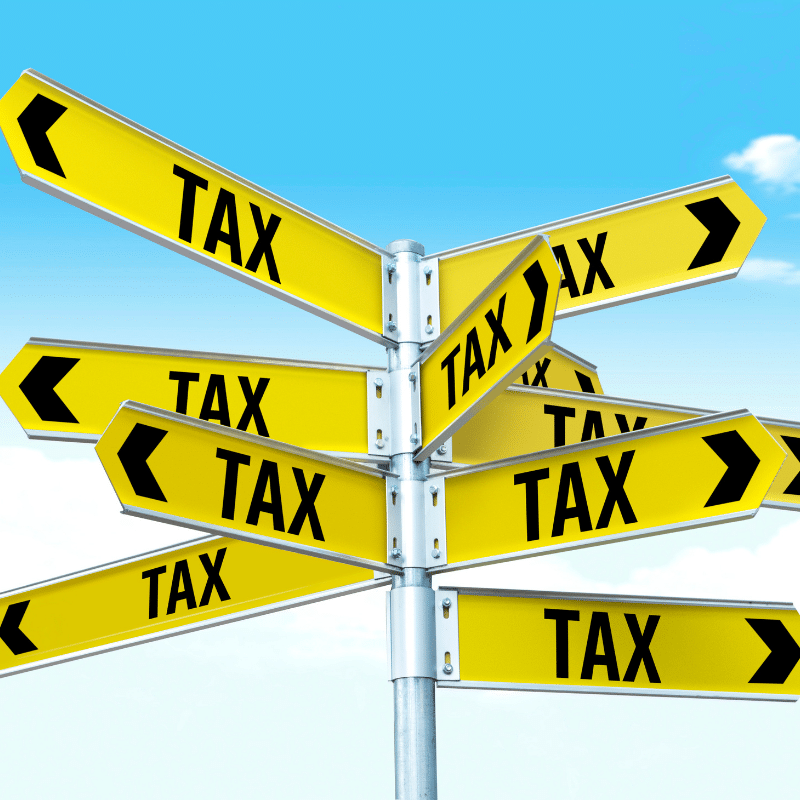 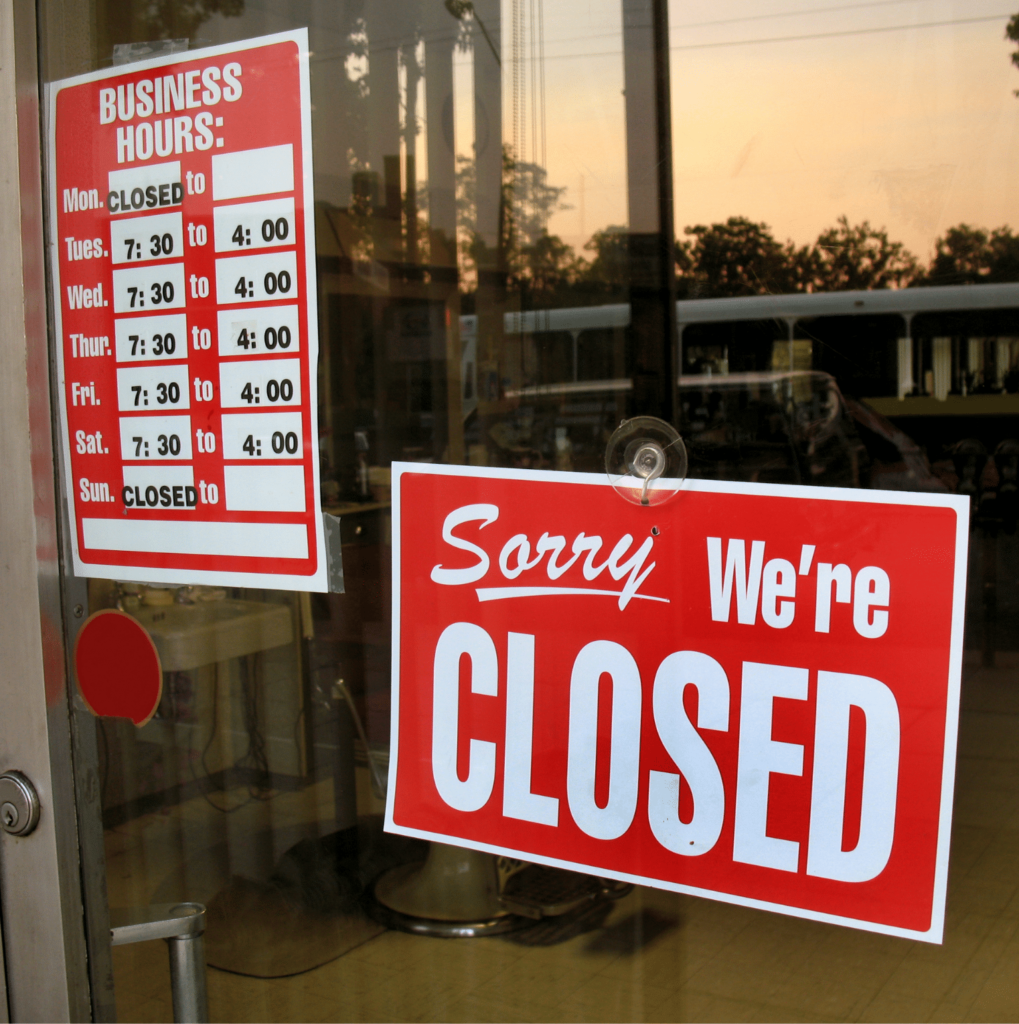 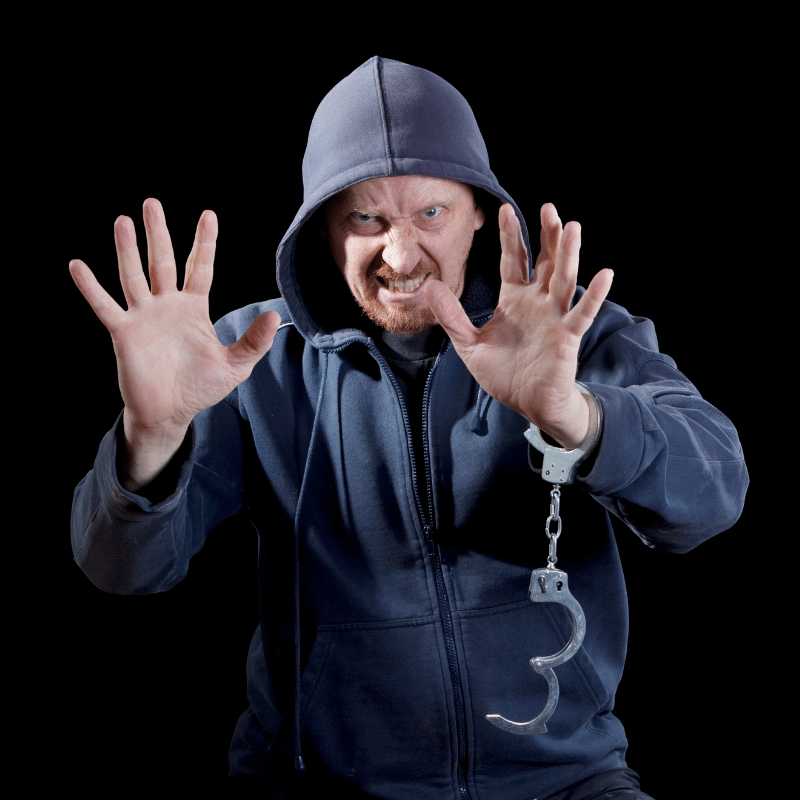 Furthermore, you’ve likely read the headlines, seen the stories. Crime is on the rise in our cities and throughout the nation. In January alone all felonies in New York except murder increased by an average of nearly 30 per cent. Homeless carrying knives live on city streets. Subway assaults, murders, innocents pushed from station platforms onto electrified tracks make national news.

What does the AOC gang do? They scream de-fund police. They protest. They attack brave police officers who risk their lives daily to protect each and every one of regardless of race, color, religion.

Your safety, your family, your friends are at risk.

Let’s make sure we stop the anti-police DSA AOC gang before they stop us.

We will stand against the Democratic Socialist of America!

I want to donate

Sadly, election officials are silent as the attacks on Israel escalate

Jews appear to remain standing alone as the largest and growing spurt of violence against Jews and Jewish institutions in recent history goes forward without end. 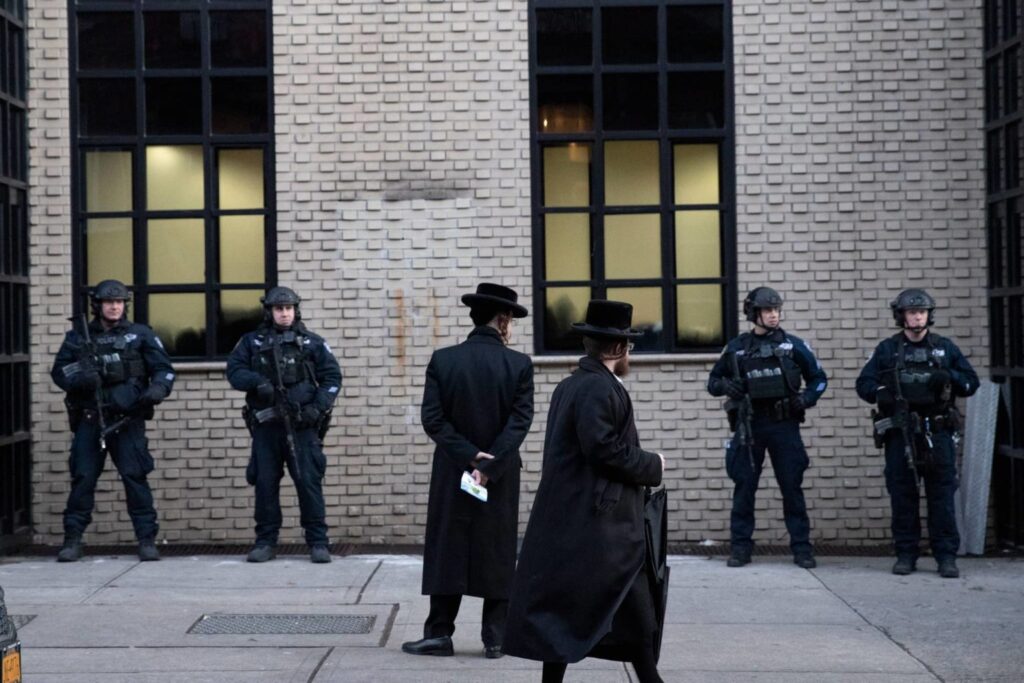 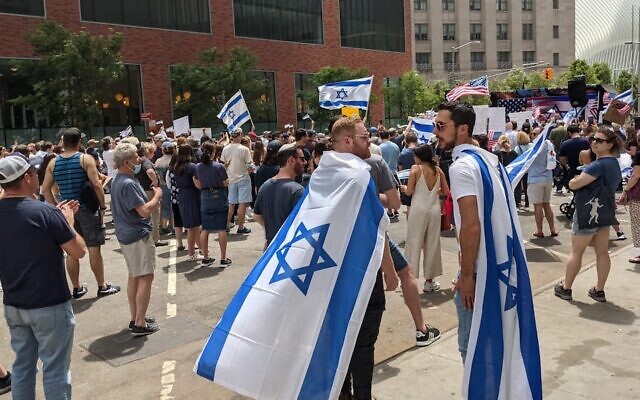 Who will stand for us?

What will happen if in New York State alone, Democratic Socialists of America (DSA) candidates—whose candidates are required to pledge that they will not visit Israel—win enough elections to force the assembly or State Senate to enact policies that further injure business?

What will happen if the cries for DSA supported BDS legislation are heeded?

If it happens in New York, it sets the national standard

The DSA knows that and so do you.

It’s time to engage, the battle is now; before the enemy of freedom can gain a foothold. modern political warfare requires aggressive social media, field organizations, and the same tools used by DSA radicals. 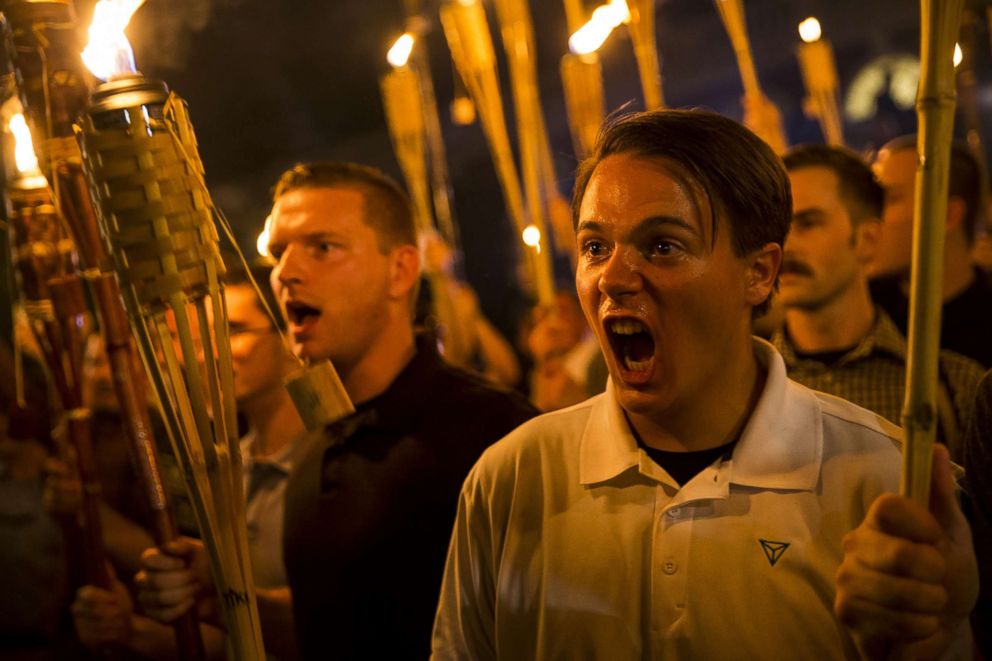 It's time to invest in your future, protecting freedom and the future of your children.

Please help us stand against BDS and their harmful agenda

I want to donate
© 2023 Committee for Sensible Government. All Rights Reserved.